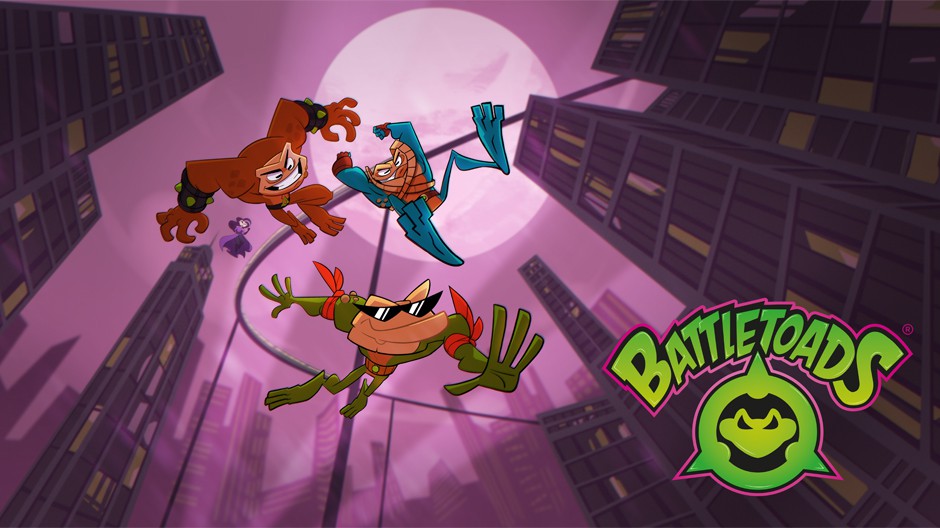 Battletoads Review: A Blast From The Past

Jumping back to the 90s.

If you’re an early 90’s gamer you might remember the wait of Battletoads games from Rare one of their large franchises at the time, with games being released for almost every console out a the time.

Since then they had special cameos in Killer Instinct, and Shovel Knight, but thanks to Dlala Studios we’ve got new installment in this longstanding franchise one that many were expecting to never come back, and a damn fine reboot at that.

To come in pick up a unused franchise, and release a title that doesn’t skip a beat from it’s predecessors is extremely impressive, while also building ontop of the characters, and world that was already there is a sight to see.

The first big difference people will notice about Battletoads, is the new art style, which looks like a modern-day cartoon. The art style has been a sore spot for quite a few people since it was shown off, but having played and finished this game it fits right into the franchise, and will be looking forward to seeing how they continue and improve on it.

To compliment the new art style, previous installments and continuing with Battletoads (2020) has over the top animations for all the moves you can do with the toads.

The tone in the story was set perfectly by Dlala. Referencing the long period of time for a sequel to their previous game to come out, the 3 toads discover that they’ve been locked in a virtual bunker for 26 years, and even worse they are not as famous as they first thought.

From here on, you progress through the story to form a alliance with their old nemesis, the Dark Queen. The plot makes no sense, and you should expect nothing more from a Battletoads game, Dlala used Adult Swim as the basis for Battletoads, and there are clever nods to multiple shows from Rick & Morty, and Futurama, and others. The story does try to blur the line of being for kids, and not for kids.

I would say a handful of the gags completely miss their mark while others nail it, but this can be easily dismissed as the whole package is pretty amazing.

All the Battletoads have a clear theme to them coming them being silent sprites to completely fleshed out characters, it’s easy to write off Battletoads as being cheap TMNT, but it would be wrong to ignore the personality, and life that Dlala gave to the toads.

So how does it feel to play? I would say pretty damn good, the game is filled with multiple different gameplay segments from beat-em-up, to working a variety of white collar jobs, a collection of mini games.

The main focus being the beat-em-up segments and this is where the game really shines, being able to in solo play swap between the three toads racking up combos, and using their special moves watching them transform into weird things is amazing.

However you can’t button mash your way to victory each beat-em-up segment is well crafted to make you use each ability you’re given to its fullest. Knocking enemies up, and switching to one of the three toads to use their strengths to finish levels. You’ve been given more tools at your disposal being able to use your tongue to grab flies for health, pull enemies towards you, and rings to swap between the fore and background. You can spit gum at an enemy temporarily holding them in place.

The infamous mission that everyone hated is back with the camera being behind you instead of to the side, each mini-game progressively gets harder, and with more twists added to them which keeps things from becoming stale.

Your own experience with Battletoads could vary but overall Dlala Studios did a fantastic job bringing back the series with new elements, and it’s hard to imagine the pressure on them to deliver a good sequel.

It’s fantastic in multiplayer, but for some reason you cannot do any online multiplayer which is disappointing, but you’re not locked away from using Parsec, or another online co-op service to play with your friends.

Battletoads was played on PC with a copy provided by Microsoft.

Battletoads Review: A Blast From The Past
IN CONCLUSION
Battletoads smashed through with it's reboot after 26 years, with engaging visuals, a banging soundtrack, and gameplay that rarely gets stale I found the game a breath of fresh air bringing me back to simpler times where games were the only thing on my mind. It's a epic addition to the franchise, and Dlala doesn't disappoint.
THE GOOD
Great Artstyle
Fluid Combat
Engaging mini-games
Nostalgic
THE BAD
No online co-op
Jokes sometimes fall flat
4.5