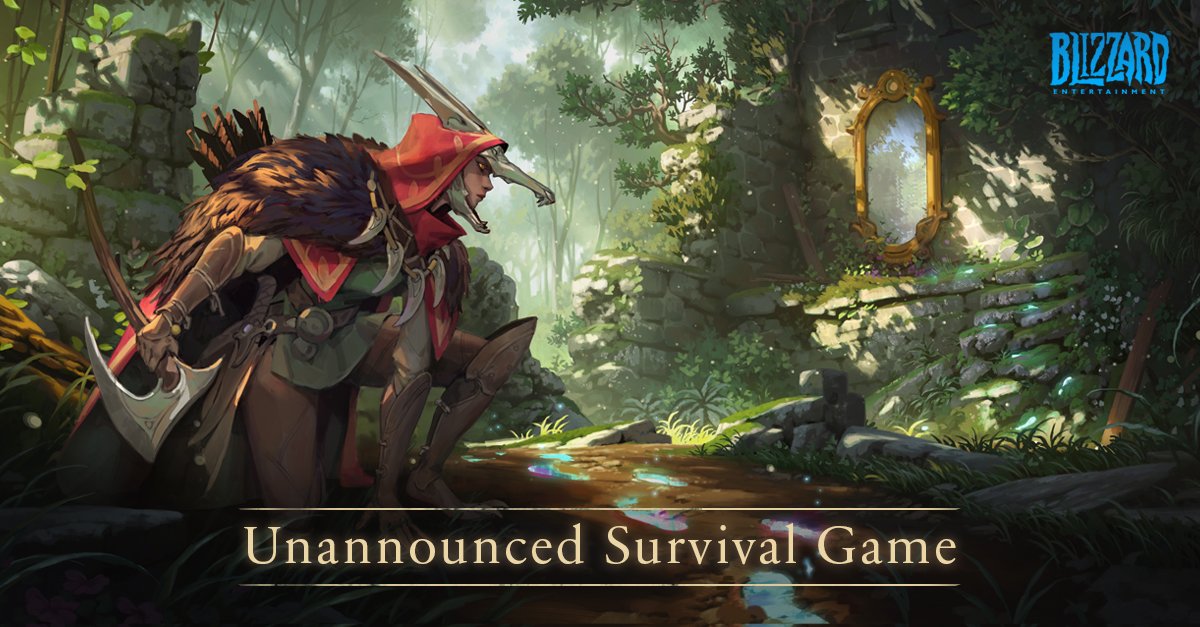 Blizzard’s new survival game has been in development for almost 5 years.

Blizzard hasn’t been too keen to share many details about its upcoming survival game, a large part being that it still has a placeholder title of “Unannounced Survival Game.” The half baked announcement allowed old and new Blizzard employees to speak openly about their involvement in the project, and based off of the comments. It’s pretty clear that this has been in development for more than 4 years, and that anyone with knowledge of the project is extremely excited for it.

Development for this new project is being spearheaded by Craig Amai, who left the WoW team to start working on this title in July 2017. Starting from a “pitch” on his PC according to what he’s mentioned on Twitter.

Amai has been at Blizzard for a while, according to his resume he joined in 2004, as a senior GM for the WoW team. He later went on to become a senior designer on WoW, then lead quest designer. Working on the MMO all the way till he went off to start on his survival game in 2017.

We’re also certain that the game is in a playable state as Blizzard’s own Mike Ybarra went on to say on Twitter that they’ve played many hours of this project with the dev team.

We still don’t know how much of the 4 and a half years has been spent experimenting, and drawing up concepts, and how much has been spent producing the game. We’ve been previous projects from Bethesda be announced in 2018 and still have yet to get any concrete details, alongside Starfield which has yet to show off anything besides concept art videos. After TES6 goes into production we most likely won’t see it for well for several more years.

Confidently we can say at this point in time Blizzard’s survival game is more than just a prototype and some documents. It does feel much more real than the previous things we’ve seen from companies of this size. But we’re wary as Blizzard has also dumped resources into projects to then shutter them. Titan being the biggest example of this. Hopefully with Microsoft’s acquisition of Activision Blizzard, this would keep them more on track and hopefully we’re able to experience their new IP.

Blizzard does seem to be going full force as of right now hiring multiple artists, and level designers. Including a lead content designer to make sure everything is consistent to this new universe they are creating. These all being things to expect when a game is being pushed into production.

For it’s release date now? That is a whole different story this might not see the light of day till for a couple of years. Regardless of how long we have to wait we hope to see the same type of polish that we once received from Blizzard with Overwatch. Only time till tell if that’s going to be true.