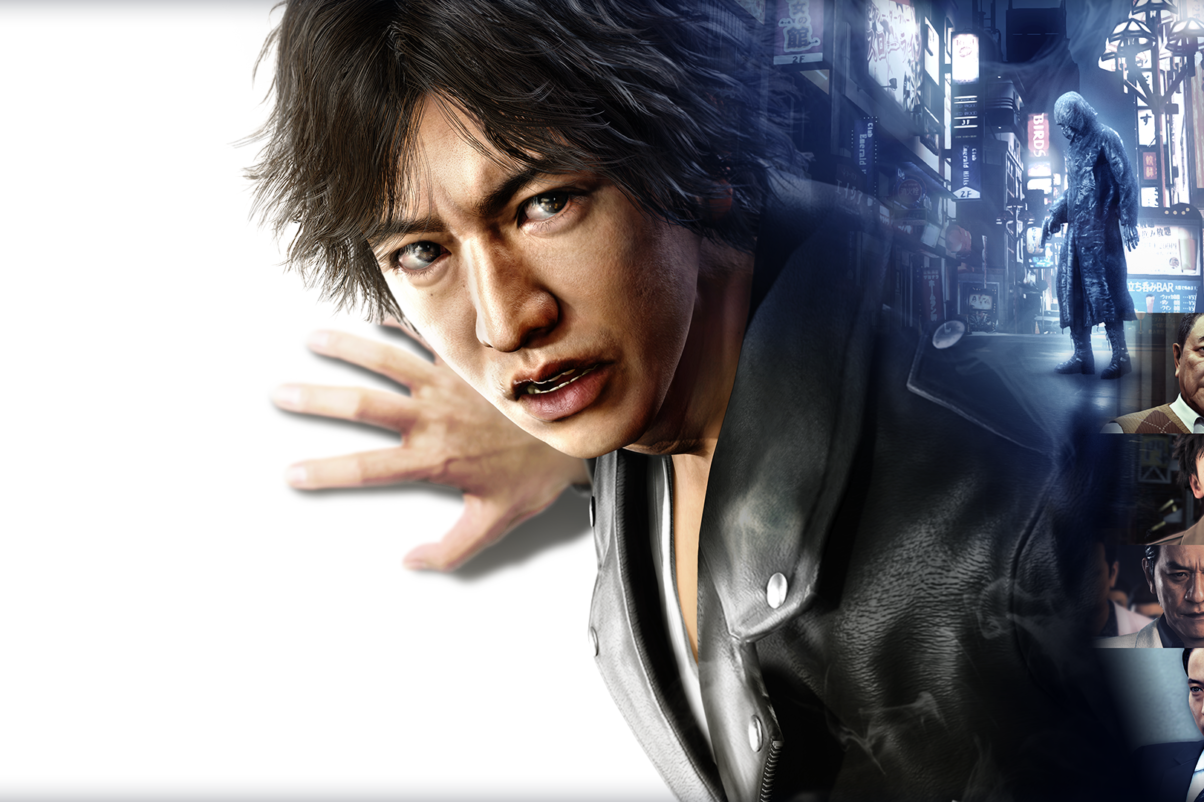 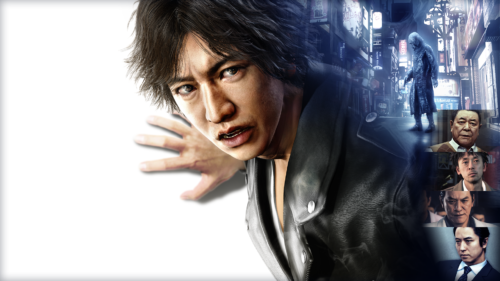 You heard me. Stop this silly business and go play Judgment. Seriously, I mean it. Judgment and Lost Judgment are RGG Studio’s best games and I will not have you sitting here and not playing them like some sort of rebel. I bet you’re thinking, Oh but Mr. Reviewer, I wanna know why this Judgement game is so good. Fine!
They’re on PC now, by the way. So you know. You should get to that Steam page and play it. Yeah.

Judgment is a 2018 game and the first installment of the Yakuza-but-with-a-famous-actor series. As you might have guessed, it is very similar to Yakuza – but you play as the disgruntled ex-lawyer and current detective Takayuki Yagami, portrayed by a famous actor.

Yagami in usual RGG fashion finds himself entangled in a web of conspiracies between various underground gangs, proving that what you really need to defeat the government is the friends we made along the way. Wait, what?

Judgment introduces a very interesting framing for the Substories. They’re now split into two categories, Friend Events and Side Cases. Side Cases, found around the world or on various bulletin boards, are tasks Yagami takes on as a detective to solve various crimes in increasingly wacky situations. What makes Judgment unique (even from its sequel) is its Friend mechanic. By playing the game and performing various tasks you simply meet people around the whole Kamurocho, and by helping them they gradually become your friends.

This lets you actually feel the positive impact on the world you generate directly in the gameplay itself. Meeting friends will charge your Heat, some of them give you (often useful) items, unlock shops or sometimes entire new mechanics, and even join you in random fights around the world – especially helpful since they’re very plentiful. For all his efforts, Yagami can’t help but keep making new enemies, too.

To fight these enemies Yagami has one of the most fun combat systems in the series, only beaten by its sequel (which has the best combat in an RGG game, ever) and games like Yakuza 0. It really cannot be understated just how fun the fights can be in Judgment, once you get a hang of it. Yagami is nimble compared to Kiryu and his attacks are fast, and focused on kicking – reminiscent perhaps of Akiyama.

Wow, we got ahead of ourselves there. We can’t really talk about the combat without the gun in the room – the Mortal Wounds. This is one of the systems that people generally very much dislike about Judgment. The idea is very simple, if you get shot, stabbed or attacked by a boss in their special phase you die in real life.
Actually, Yagami loses a part of his max health bar, requiring you to find a doctor (one of the aforementioned Friends) or buy a very expensive med kit. I don’t really mind this system, as the attacks that deal these wounds are almost always very telegraphed (or guns) and it adds a sense of tension to fights which obviously wouldn’t exist for someone like Kiryu – what’s a bullet or seven to him, after all.

It’s usually a joy to fight in Judgment, even if it’s annoying when you get into a random fight for the 99th time. I ran from fights very often throughout my two playthroughs – the random encounters just get old really fast.

Just like the tailing sections. Oh god, is there a lot of them, too. In order to make you feel a bit more like a detective, Judgment has added a bunch of “detective stuff” minigames. The most prominently featured one, by far, is tailing and let me tell you. It’s all your Assassin’s Creed nightmares manifesting into a good game. It’s scary. They can go on for quite long, too, with some of the more paranoid… tailees? doing whole laps around the city hoping to shake whoever is following them. It really is not fun.

What doesn’t get old is the story. I think that Judgment has simply the best story that RGG Studio has ever written. Yagami is a strong character to build the story and his struggles help ground the crazy conspiracies in a very personal way. The narrative keeps you gripped from start to finish, and Yagami consistently proves that a shift from Kiryu gives a whole new perspective on the world of Kamurocho. I also really love the villain.

I do not have a segue into talking about the soundtrack. I do not have much to say about it either, if I’m being completely honest. It’s really good. 83key outdoes himself in Lambda, Chihiro Aoki outdoes herself in Destination, all the music in the game, top to bottom, is simply fantastic.

So we have amazing music, the best main story, great combat (not the best though! that honor goes to the sequel), and – in my opinion – the most fun way of handling the substories RGG has come up with. That is a pretty solid package. Where’s the catch, Mr. Reviewer? Where’s the catch?

I’d love to be able to say there is no catch. Really, I would, but that would require me to lie. There are in fact several catches to playing Judgment.

You’ve been seeing pictures from the Bluemaster all throughout this review, but it is hard to put into words just how off-putting it is seeing it.

And those are the catches! Phew!

Mr. Reviewer you spent the longest paragraph in the article entirely on complaining.

Don’t be like me. Be like someone who is happy and is instead playing Judgment at right this very moment. Oh dear, he’s entering a tailing section. May God have mercy. 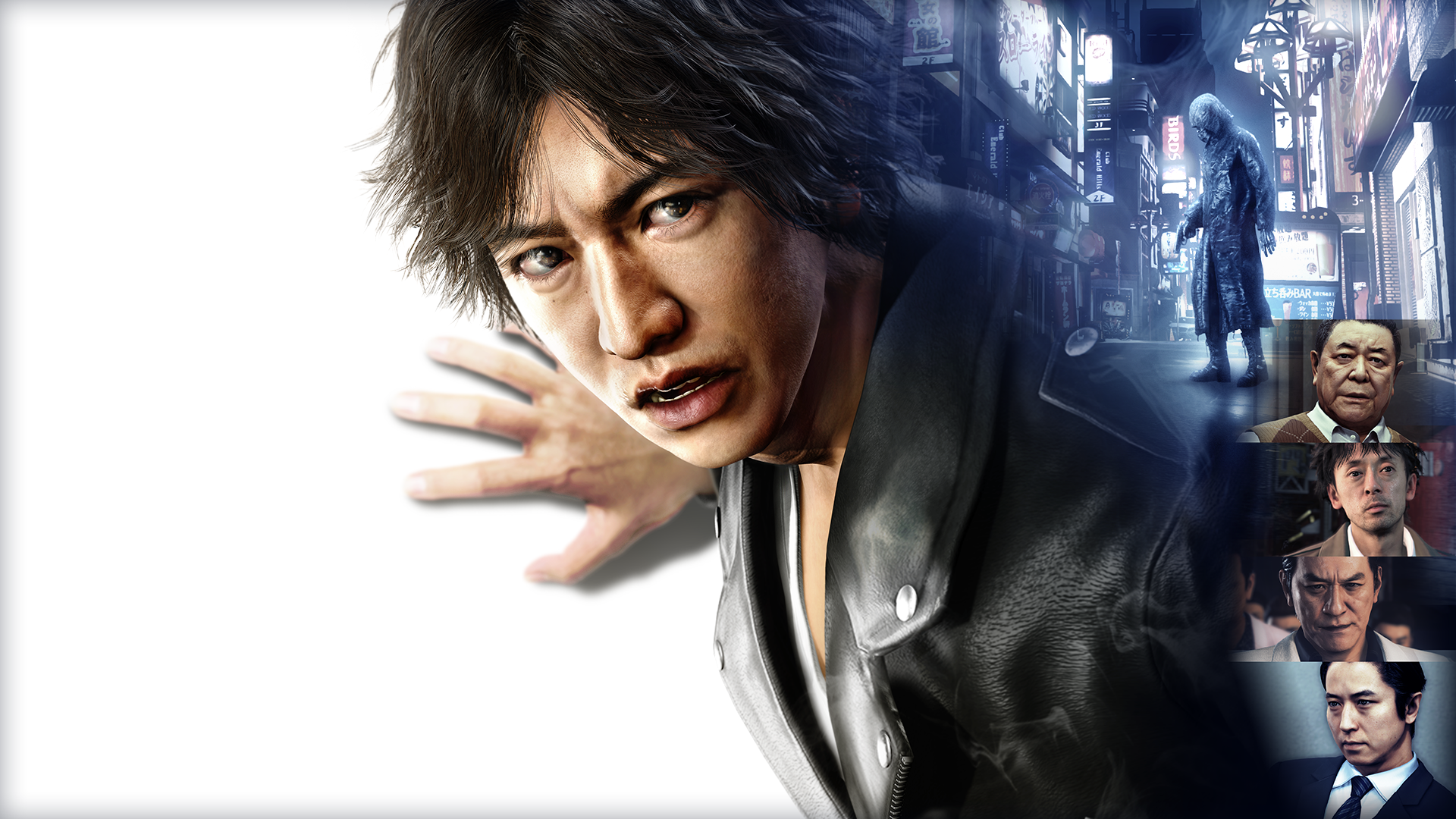 Stop Reading This and Play Judgment
Conclusion
Judgment is an amazing game and I do recommend playing it if you have the chance. Your experience will vary from platform to platform though - you'll have to make a choice between the visuals and the performance. Unless you're on PC. But there's no way to mod the filter out yet though.
THE GOOD
One of the best combat systems in the series
Engaging story
Fresh mechanics
PC Port is finally here
THE BAD
"Enhanced" graphics
Tailing minigame
4.9
BUY IT