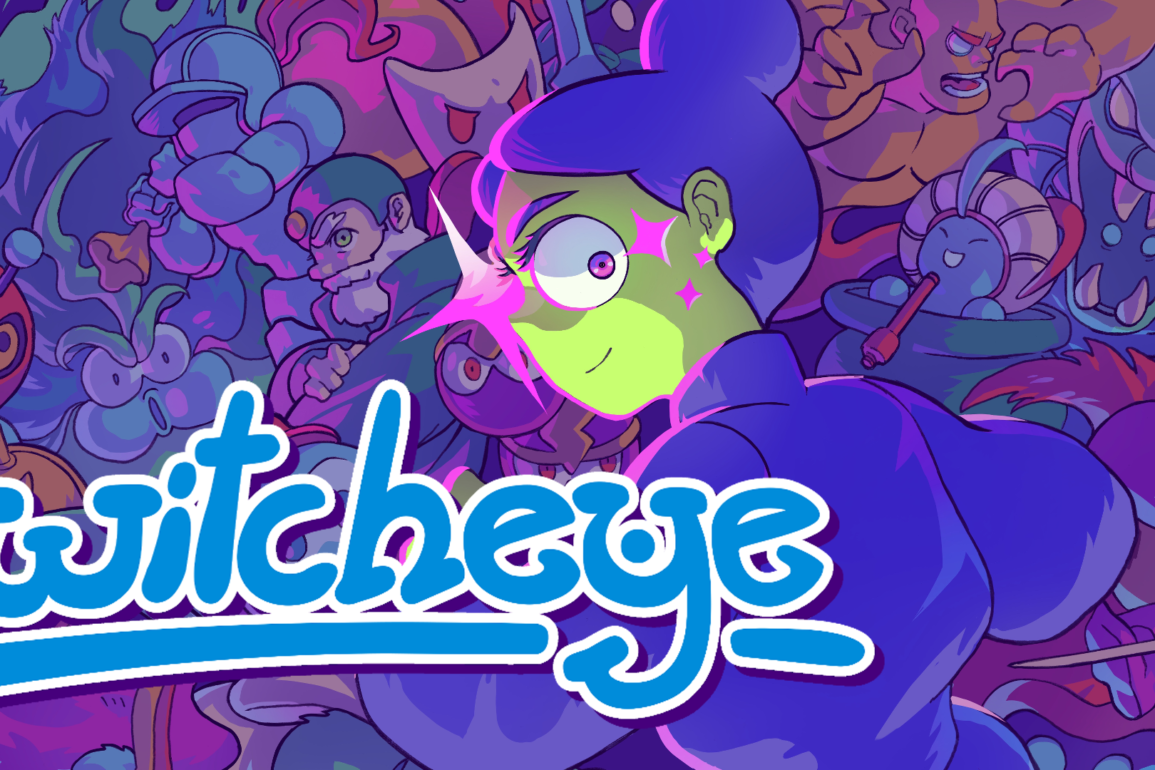 Witcheye flies onto Steam and Switch 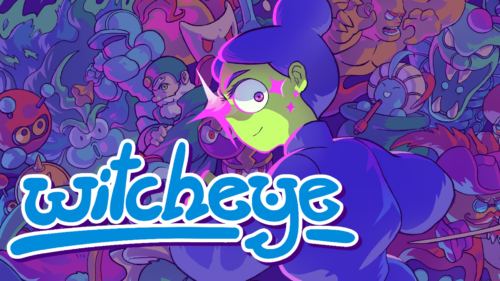 The main character is a witch, who’s trying to get back her stolen belongings. She turns herself into an eye and starts flying around, searching for her things. On her journey she’ll face different enemies and environments. Each new stage feels new, full of surprises. The game has charming pixel art visuals and an original soundtrack that feels great to listen to.

There’s 6 areas in total, each with around 9 levels. They vary in scenery, difficulty, enemies and obstacles. Each level has different enemies and obstacles. Sometimes there’s gates that close as soon as the player enters. They need to defeat all enemies to get the key and exit. There is also the optional objective of collecting gems. Each level has four gems – three green and one blue. They can be hidden inside boxes or dropped when killing an enemy. At the end of each area there’s a boss fight. Like with every enemy, pinpointing their weakness is crucial in defeating them. Some bosses are harder, others are easier. It took me around three hours to beat the game the first time. After finishing, additional difficulty settings become available. There are even options just for speedrunners, which should definitely please that community.

The eye has 5 hearts at the start of a level. If the hearts run out, it dies and has to restart. New hearts can be collected by destroying boxes, killing enemies or finding them in the world. Some levels have insta-kill mechanics, which means the player will get sent back to the start right away.

The eye can be moved by clicking and dragging the mouse. It moves in the direction of the swipe. Clicking stops the eye. I really like this mechanic, it feels unique and fresh. It works well with a mouse. It’s easy to get used to the control scheme, but it took a bit of time to master it. Playing with a keyboard is also an option, but it’s not recommended.

There are different kinds of enemies, some can fly, have ranged or melee attacks. There’s plenty of variety, it helps make the game feel fresh. Further into the game, more difficult enemies appear. Each enemy has a weakness. Finding it and learning their attack patterns is crucial. Some opponents can be quite challenging, even on the normal difficulty.

Witcheye is a mobile port, and the large UI proves it. The menus don’t seem to have been scaled down, so they look really big on a PC monitor. Two main menu buttons take up one third of the screen. The mouse cursor is also huge. It’s not really an issue when in-game, but navigating menus doesn’t feel pleasant. It’s not a direct port, there are new features, such as Steam achievements, which is a great sign. They can be unlocked by clearing different areas and the game on various difficulty settings and by finding secrets, which there are plenty of. It all adds a lot to the replayability.

The game’s settings have options for clearing save data, changing the sound and music volume, game language and toggling timer, ghosts, rumble and mouse fx. The tutorial and soundtrack can also be viewed. Timer adds a counter that saves the player’s time and compares it with their previous best. Ghost mode shows the previous attempt’s ghost in the level. Times and ghosts get saved even when the option is disabled. I was hoping for more settings, there are no options related to graphics, not even VSync, resolution or UI scaling.

Devolver Digital provided us with a Steam code for review purposes. 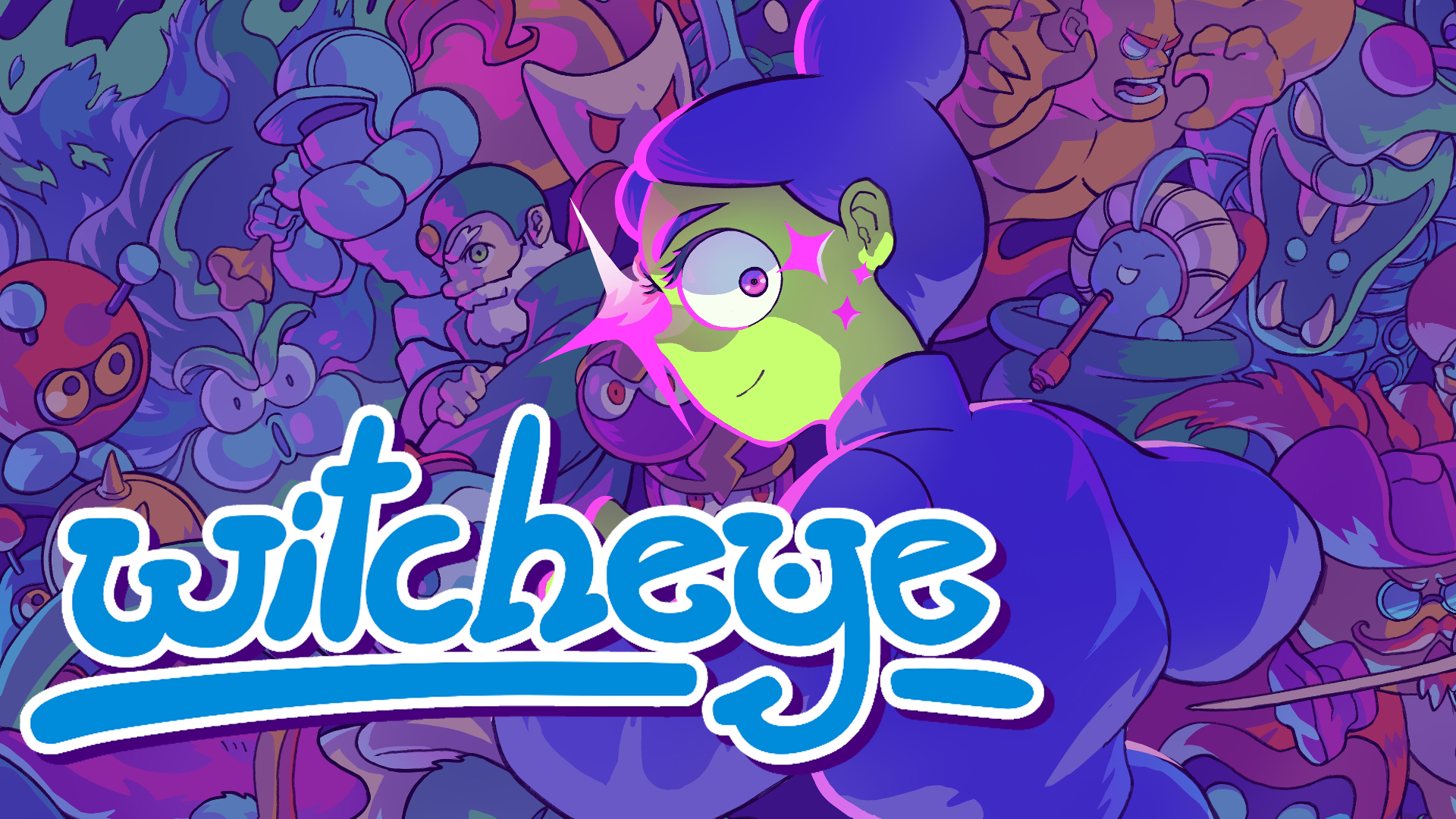 Witcheye flies onto Steam and Switch
Verdict
Witcheye is charming, fun and a great time waster. The game is easy to pick up, but hard to master. There's plenty of variety and replayability to keep the player hooked. Though it is a mobile port and suffers from some typical mobile port issues, such as large UI.
THE GOOD
Charming visuals
Fun gameplay
Unique movement
Replayability
THE BAD
Large UI scale
No key rebinding
No graphics options
4.2