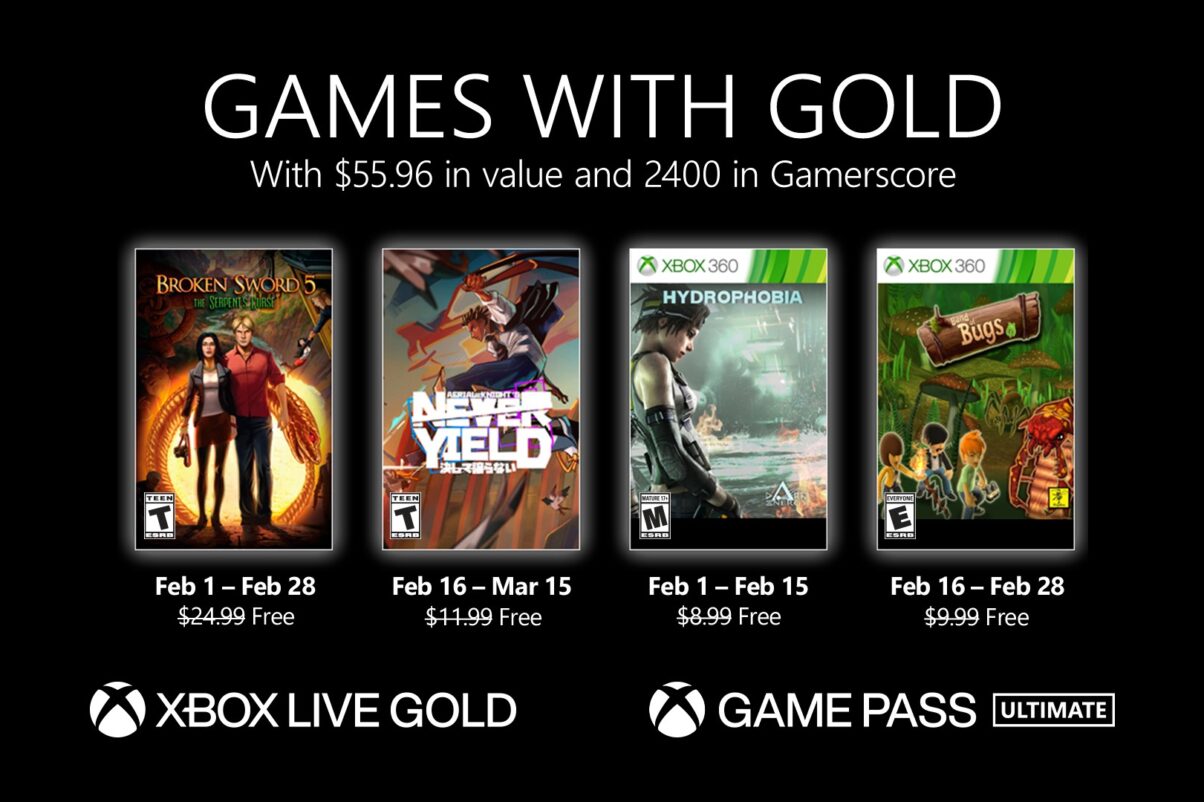 Xbox has announced the games for Gold for February. As detailed by the Xbox Wire, the games for gold are Broken Sword 5: The Serpent’s Curse, Never Yield for Xbox One/Series X games, Hydrophobia and Band of Bugs for backwards compatibility.

All of these games will be available to both Xbox Live Gold, and Xbox Game Pass Ultimate subscribers. The first two will arrive on February 1st.