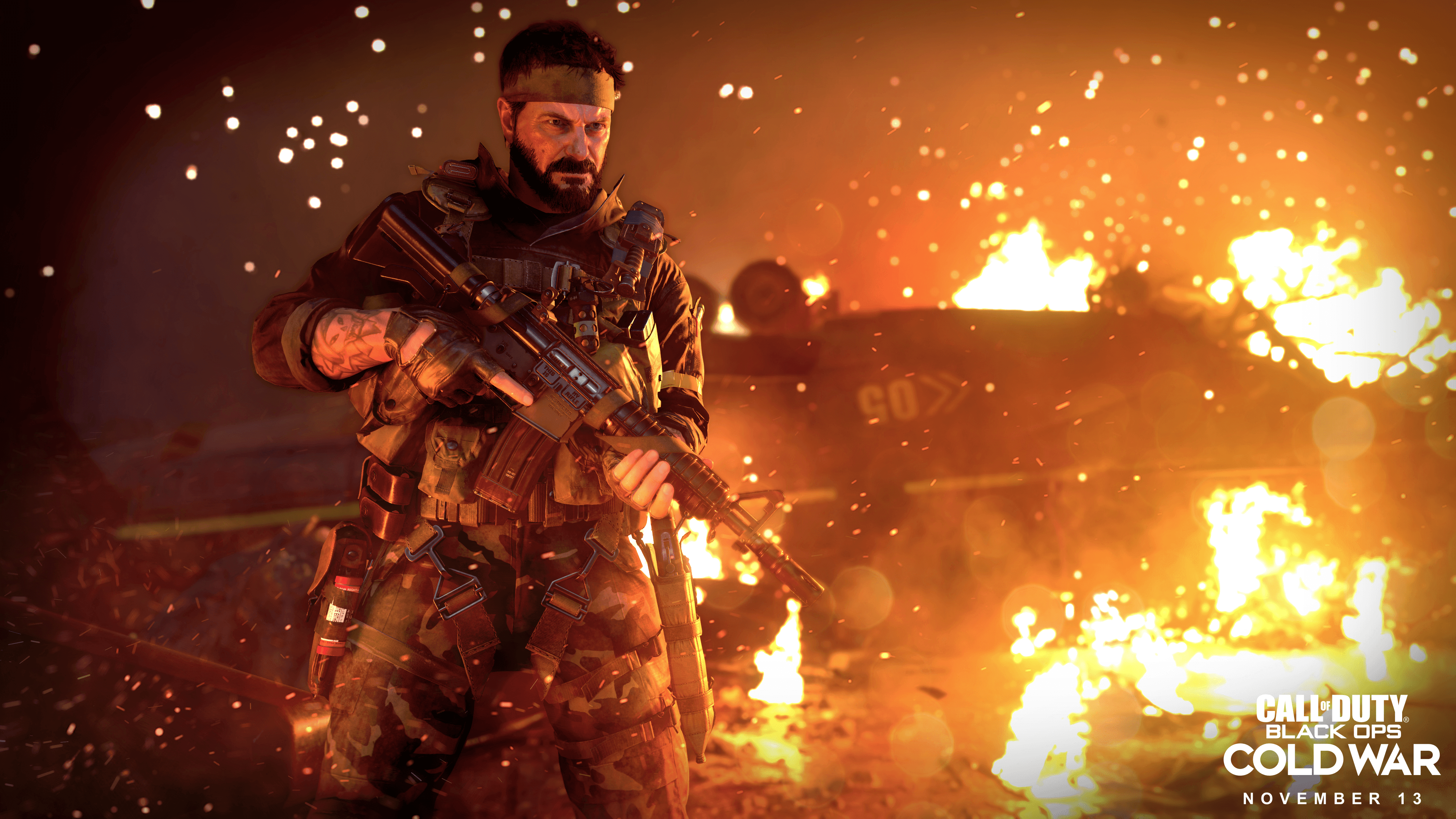 Black Ops: Cold War is a direct sequel to the fan favorite Call of Duty: Black Ops. This new installment in the Black Ops franchise is shaping up to be a huge story-heavy addition to that, most of the other Call of Duty stories can be remember as a “boots on the ground” military story.

Call of Duty: Black Ops Cold War arrives on Xbox, PlayStation 4 and PC on November 13th, and will be available on the PS5/Xbox Series X once the consoles are able to be purchased. Cold War’s story will cover a lot of ground spanning from Vietnam, to the height of the cold war in the 80s. A big part takes place in 1981, but there will be a couple of trippy levels set in Vietnam. The story revolves around one international spy: Perseus.

The name originates from a real, but presumed bogus Soviet spy who had apparently infiltrated the US Atomic weapons program around the end of World War II. There are references to the spy in government documents that have been declassified from that era. To say this person exists is a stretch as there has never been any concrete proof of the spy existing.

While the Soviet had spies hidden in the US and UK labs by the end of WWII, the spy Perseus existing is largely considered a lie created by the USSR.

Cold War is a direct sequel to the original Black Ops, which came out in 2010, and it introduces new faces while bringing back a slew of previously introduced characters from the first title. Alex Mason, Frank Woods, and Jason Hudson all come back, having been completely wiped of all reconditioning done by the Soviet in the first game, and they are joined by President Ronald Reagan, who sets them lose on the task of finding Perseus before they cause a nuclear war in the US.

What’s different this time around about the Campaign compared to other Call of Duty titles, is multiple endings to Cold War, and being able to choose how you will do side missions, and more main story missions. We’ve not been told exactly how many endings Cold War has, but it’ll have save slots so you’ll be able to return to previous missions, and try another route to see how it’ll affect the rest of the game.

Cold War features a character-creation system a la Infinite Warfare, which allows players to select a name, skin tone, birth place, your military background, and gender. It’ll also feature a non-binary option for gender, also replacing she/he to they/them in the dialogue throughout the game.

However there is no voice actor for the main character, regardless of what gender you have selected. This seems to be an intentional choice as said by Dan Vondrak, “We didn’t want the character to have a voice.”, “We wanted the player to be the one with the voice. It wasn’t a production thing, it was this philosophical thing and there were debates either way.”

During the preview for Cold War, Treyarch and Raven show off a series of cutscenes, and gameplay moments. Each with superb detail, and environments being colorful and looking like they’ve been take directly from the 80s. Characters look lifelike, and the various locations shown are incredibly detailed.

Cold War will support cross-platform play, a new Zombies mode, and shared content with Call of Duty Warzone, the battle royale launched through Modern Warfare. Cold War and Warzone will have shared progression as well, but that’s all Activision/Treyarch or Raven have confirmed for now. The Call of Duty Twitch channel will have more information to share about multiplayer on September 9th.

Three version of Cold War will be available to pre-order today;

The Standard Edition will give you the base game on PS4, Xbox One, or PC while the Cross-Gen and Ultimate bundles allow you to play the game on a next gen console at no extra cost.

Let us know what you think of this years Call of Duty installment below.