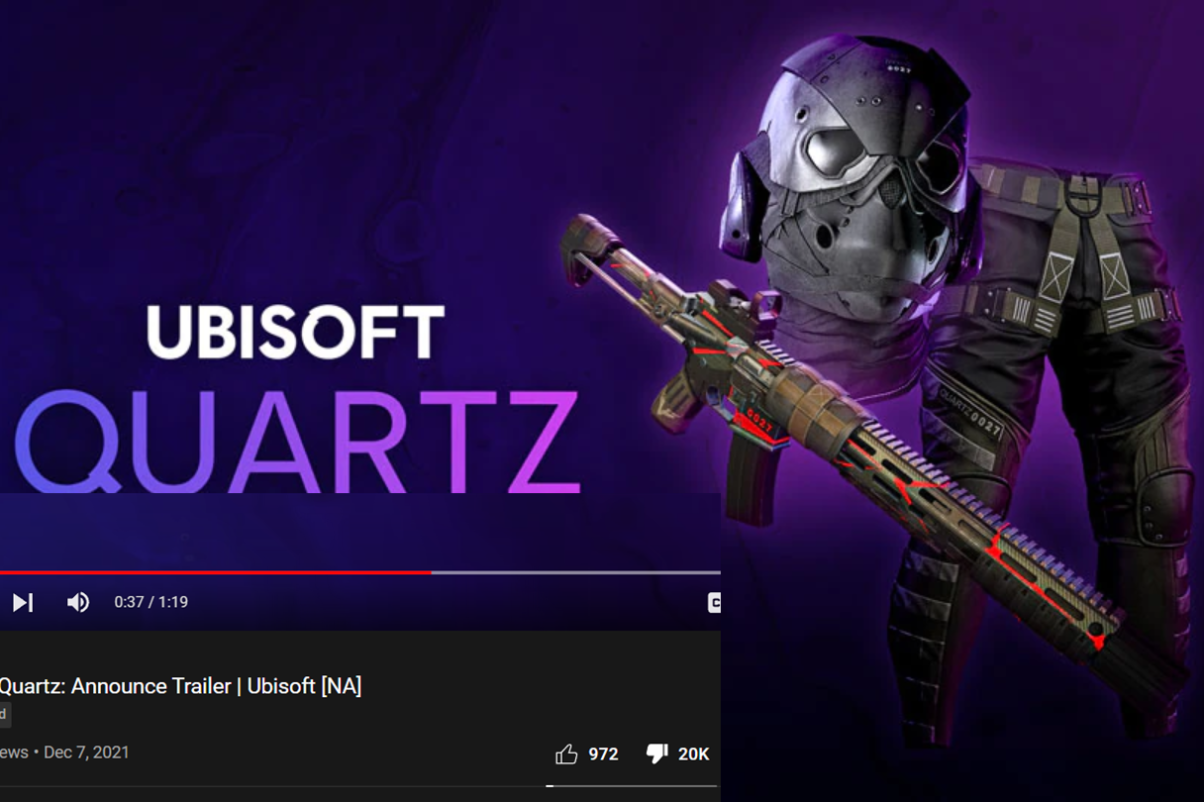 After the Ubisoft Quartz trailer became the last hurrah for YouTube dislikes before they were wiped off the Earth for annoying one corporation too many, I am completely unsurprised that Ubisoft decided that it’s the consumers who are wrong.

In an interview with Australian comparison site Finder, Nicolas Pouard, VP at Ubisoft’s Strategic Innovations Lab, revealed a couple of interesting tidbits of the company’s thought process on NFTs.

Well, it was a reaction we were expecting. We know it’s not an easy concept to grasp. But Quartz is really just a first step that should lead to something bigger. Something that will be more easily understood by our players. That’s the way we think about it and why we will keep experimenting. We will keep releasing features and services around this first initiative. And our belief is that, piece by piece, the puzzle will be revealed and understood by our players. We hope they will better understand the value we offer them.

Pushing aggressive monetary practices in the face of backlash is a surprisingly common tactic in this industry. It’s a win-win for companies, really. In exchange for short-term horrible PR, they can achieve one of two outcomes: finally succeed in making the new monetization method become accepted by the public, or they become in a position to sneak something we never would’ve agreed to by focusing all the backlash in one place.

In the face of single-player lootboxes in Shadow of War and the immense backlash it caused on the game, nobody took a step back and looked in the direction of Asssassin’s Creed: Origins and its microtransaction store. As described at the time by IGN:

In the grand scheme of things, Origins’ microtransactions are pretty harmless, with no randomization or loot boxes. Instead, you can buy Helix Credits to spend on specific cosmetics for you or your mount, legendary weapons, and “Time Saver” items and map markers.

This unfortunately means that as the industry becomes obsessed with the next predatory monetizing scheme, we still need to be on our guard. This console generation came with increased base prices for games on games from multiple publishers, and even despite that, we can clearly see that monetization is only getting more aggressive. If you’re reading this, push back against NFTs. As NFT projects fail or turn out to be the ideal ground for all sort of scammers time and time again, it only becomes clearer that NFTs are for the rich and dumb, and for the out of touch with the real world.

I’ll leave you with a quote from Ubisoft.

It’s a reaction we are accustomed to. I think it’s great because it shows how engaged our players are and how passionate they are about their hobby and gaming in general. And looking at that, I think it’s reassuring somehow. It shows that our players love what we do and love Ubisoft’s ability to offer good games. So that’s cool.

Unfortunately, it seems that my good friend and colleague Piotr disagrees with Ubisoft’s ability to offer good games as per his review of Rainbow Six: Extraction, just if you needed more proof Ubisoft is indeed completely out of touch with reality.