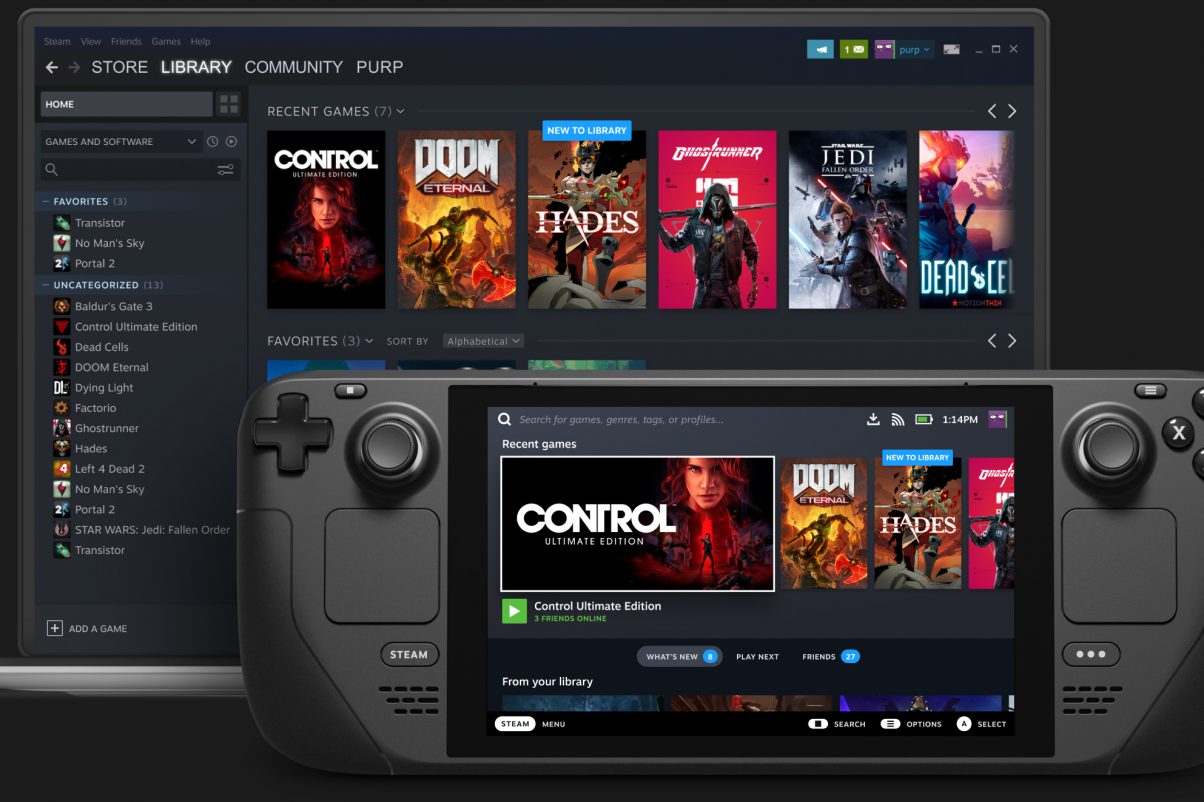 Valve revealed today their new handheld device the ‘Steam Deck’ not to be confused with Elgato’s Stream Deck, and currently reservations are available in the USA, Canada, and UK.

Previously under the leaked under the name SteamPal, the Steam Deck has a potential launch date of December 2021.

Valve partnered with AMD to create a custom APU which is being labeled “Zen 2 + RDNA 2” promising that you’ll be able to play all the latest triple-A games in a very efficient package. With this beefy package, you’ll be able to take your Steam Library anywhere on the go just like your laptop.

It had been rigorously tested to have the most ergonomic design for extended play sessions with both the thumbsticks, and trackpads. It also features a touch screen and Gyro controls. There will be a dock sold separately that allows the Steam Deck to connect to external displays, wired networking, USB peripherals, you will also be able to use a powered USB-C HUB as a dock if you already have one. More information will be coming soon.

It features a 7″ touchscreen, Hi-Fi audio with built in speakers, wireless Bluetooth, onboard 40w/h battery for several hours of playtime, For lighter uses such as game streaming or less demanding titles you’ll be able to squeeze 7-8 hours out of your Steam Deck.