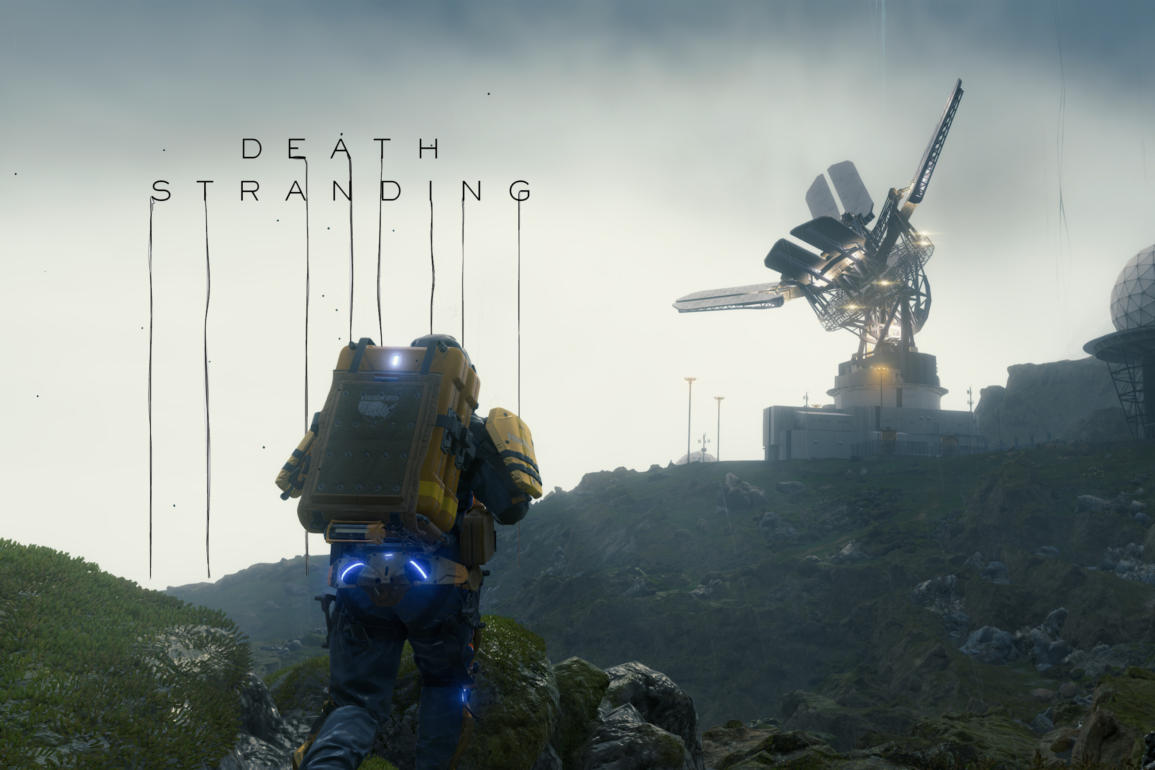 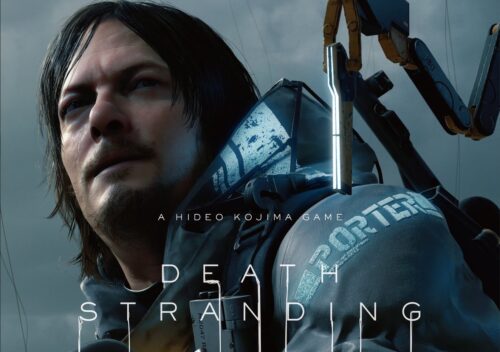 There comes a time, just once per generation, where something truly weird comes out from an AAA company. Completely out of the ordinary. It just so happens that what it usually means is another Kojima game has just graced the market, and this time it’s no different.

Note: review has no story spoilers, all cutscene screenshots come from Prologue. Includes minor gameplay and side location spoilers. Nothing important, I promise.

Originally released in 2019 on PS4, and on PC in July 2020, Death Stranding was and continues to be somewhat of an enigma. From the marketing, which left details scarce, to just the overall strangeness of everything surrounding the game – Kojima left everyone wondering just what the heck is it they’re getting themselves into. The answer is, as it tends to be, really simple – walking simulator.

And what a simulator it is. While most games typically described as walking simulators tend to limit their walking mechanics to holding W, Death Stranding is much more involved than that in its gameplay.

When playing Death Stranding, you have to consider your current equipment, your cargo, as well as eyeball the environment in search for steep surfaces, rocks, or any other environmental hazards. The amount of things to look out for is definitely overwhelming at first – but the game clues you along very well, introducing not only more dangers, like enemies of various kinds, but also equipment to help you on each of your deliveries. Planning is key here. Without scouting out the environment on your delivery, making sure you have a way to protect yourself if necessary, and making sure your gear is in fine order, Death Stranding can quickly go from a relaxing experience to a stressful nightmare.

Why? Well, along your way you will come across a wide array of difficult environments, like wastelands and incredibly tall, snowy mountains, and multiple factions of enemies, each reacting to your presence in unique ways. As a last resort, Death Stranding offers a traditional third person combat system, with snappy controls and a satisfying feel to the shooting. In this strange world torn between life and death though, violence is not always the answer, and using lethal weaponry can have severe consequences.

Also because the combat isn’t really anything to write home about. While it controls well, the AI is pretty much the bare minimum expected of a shooter with stealth elements, and none of the enemies pose any real challenge if you come prepared. The core of the game, for me, is much more interesting. It is the aforementioned deliveries across varying terrains with environmental obstacles, requiring you to constantly manage your weight and equipment, so you don’t wreck your cargo, which in extreme conditions can become especially difficult.

Thankfully, the game has a genius way of giving the player a crutch. Every building you create, every piece of equipment you leave behind, becomes available for other players to utilize. While initially you might ignore the feature, thinking of it as nothing but a nice bonus, you will quickly realize that helping other players is… just fun.

Kojima really struck gold here. Death Stranding is a game all about connecting with other people, and nothing brings the theme across like connecting with other players to help each other in reuniting post-apocalyptic America, helping each other on our own personal journeys. The entire design of the game pushes you to consider other people every time you leave a structure, and thank other players for the times they considered you in their building efforts.

The asynchronous multiplayer in Death Stranding is one of the best aspects of the entire game, and despite similar systems being in other games, like Dark Souls, the unique implementation here alone makes the game stand out, and is worth experiencing.

Another one of the best aspects of Kojima’s new title is the story. To put it bluntly – this is a simple and touching story, told with absolute love and respect for the medium that comes from a genuine place in the heart. The biggest blunder Death Stranding commits here is over-explaining itself. Kojima wants you to know every single small detail of his lovingly crafted universe, and while it is interesting, there are multiple times where it interrupts the story in a direct way that lessens the experience somewhat.
It also has very interesting world-building, amazing acting, and the usual amount of Kojima-style blunders, like singular awful lines of dialogue, but come on, this is a Kojima game, this is what is expected of the man. Kojima.

Really, the ending of Death Stranding is the first time I have actually cried playing a video game. The mix of the music and the emotional crux of the story, with characters you grow very attached to, affected me in a way no game has affected me before, and it is the one aspect that I feel everyone will agree on, even if you do not like the more relaxed, slower style of gameplay.

Let me demonstrate the overall level of attention of detail the story has with a simple example from a minor location you can visit in the game. Death Stranding’s world has a phenomenon called Timefall – it’s basically rain that causes everything it touches to age rapidly. While understandably, nearly everyone hides from the rain, Kojima considers human ingenuity here.

There’s this little thing called the Timefall Farm, which you see on the screenshot above. Yes, it does exactly what you’d imagine it doing. Someone managed to utilize the tragic phenomenon to create all things, from food, to producing alcohol ultra-fast. Now that’s what I’m talking about.

This attention to detail and passion for the project seeps in through every little nook and cranny of Death Stranding.
The gameplay, while it can sometimes get really repetitive in its core loop, escalates enough to push you through its story, which is accompanied by amazing graphics produced by the Decima engine, and a wonderful soundtrack, both licensed, created by Low Roar, the Silent Poets, and CHVRCHES, and an original score by Ludvig Forssell, with the most tear-jerking song I’ve ever heard.

The music really does the talking, with some incredible selection of indie pop, mostly featuring basically the entire discography of Low Roar. Nothing is as soothing as getting close to the destination of a particularly tough delivery, only to hear “Don’t Be So Serious”, “Bones” or “Asylums For The Feeling” fade in, drowning out the sounds of the environment.

Now, let’s get onto the boring, technical details, but not before I clarify, that Death Stranding looks really good. Death Stranding has no right looking this good. Its unique, Iceland inspired artstyle, and the sheer detail of the character models, and the environments around you is jaw-dropping. The cutscenes can sometimes look borderline photo-realistic, and I sometimes second-guessed myself whether or not this cutscene is just recorded as a short movie in real life – impressively, it isn’t.

So, how is the PC port? It’s pretty good, if you excuse the DX12 requirement. The game runs pretty well on mid-end hardware, and the graphical settings really need no tweaking – graphics options make no substantial difference except for the LOD values, changes between which are basically unnoticable on Original settings anyway. The only change I’d recommend is turning on DLSS if your GPU supports it – it really works in this game. 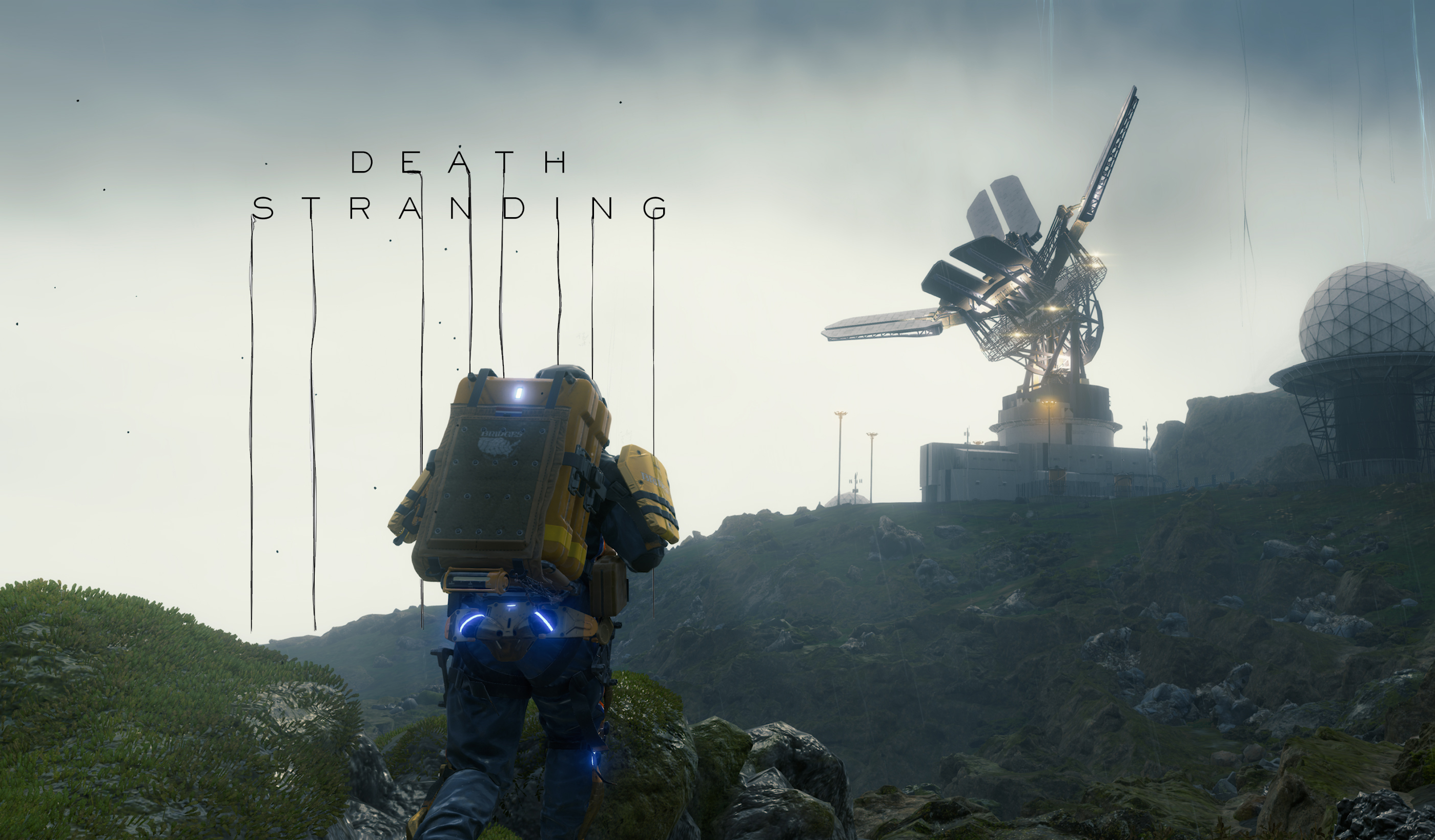 Death Stranding Review – Kojima’s Great Gamble
Conclusion
Death Stranding is a unique once-in-a-generation experience which has to be experienced by everyone, even if just to see if you enjoy it. With relaxing gameplay, a beautiful story, unique multiplayer component and great music, it is an experiment that was worth taking by Kojima Productions. Why did you need to include an Alan Walker song, though, Kojima?
THE GOOD
Unique Gameplay
Engaging Story
Great Presentation
Worldbuilding
THE BAD
Gets Repetitive
Kojima Ridiculousness
Alan Walker
5