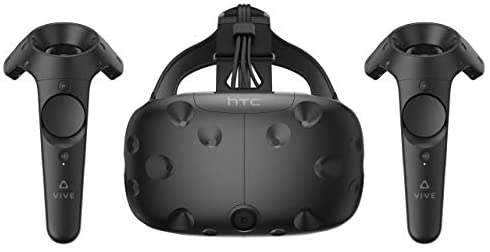 Recently Valve & HTC announced their partner ship to create the HTC Vive VR headset, and oh boy is it something.

It’s specs are as follows, 1200 by 1080 screen in front of each eye, with refresh rates of a 90fps, Has a headphone jack built in so if you really want you can use your Sonos on this puppy. They have the mandatory gyro-sensor, accelerator, and laser position sensor. Plus these are going to be coming with the Steam VR base stations which will allow you to get up and move around in a 15 by 15 feet cube. Oh yeah they also have their own controllers for the Vive.

They are also working with a long list of developers to create content  for the Vive and VR in general. Some of the companies being Google, HBO, Lionsgate, Bossa Studios UK (They made the infamous Surgeon Simulator), Skillman & Hackett who are making an amazing program called Tilt Brush which is a bit hard to explain so I’ll just let the video do the talking.

This has gotten alot of people very excited for VR this year with Project Morpheus & Oculus Rift CV1 which are both slated to come out early next year.