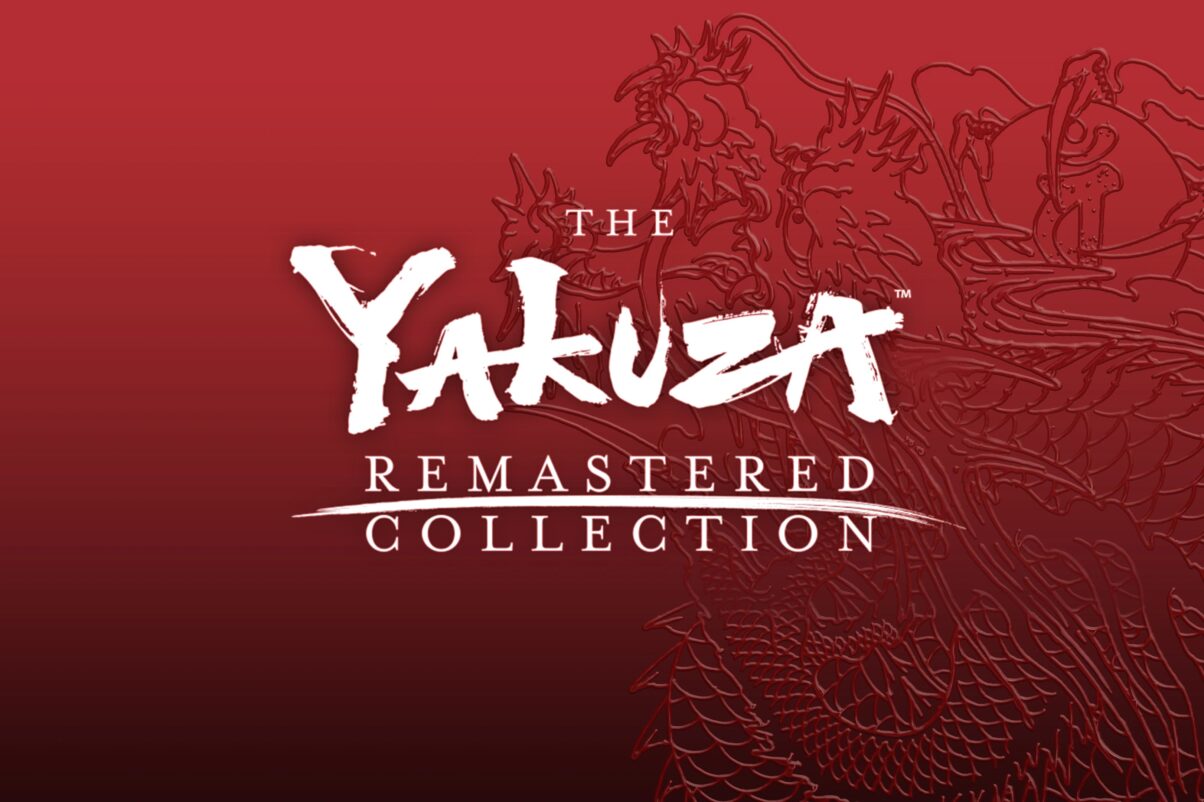 Whew, it’s been a while, hasn’t it? Well, this is what happens when you get stuck playing three (four! counting Yakuza 6) fantastic Yakuza games back to back, and one of those unfortunately happens to be Yakuza 5. Your entire social life is over for about a year or two.
Without further ado, then…

Yakuza Remastered Collection is exactly what it says it is. It’s a fairly priced bundle of three excellent games developed by RGG Studio and ported by QLOC. If a red flag just rose up in your head, I’m not surprised. QLOC has a very… interesting history of the quality of their PC ports. So, how did they fare this time around, and how did the games in question age?

Pretty okay, actually. The ports could’ve been much better, but considering the upgrades we got in Yakuza 3 and 4, we also could’ve been in a much worse situation.

Released in 2009, Yakuza 3 is the oldest game of the bunch. The original release suffered from some pretty drastic content cuts, which have been reverted in the PS4 version of the remaster released over 3 years ago. Time really flies, huh. In addition to that, the PS4 release got much needed 60fps support and a resolution bump to 1080p. But! On PC and Xbox, QLOC opted to use AI upscaling to improve the textures a bit. The results definitely vary, but the game ends up looking sharper and nicer than the original.

I do have a bone to pick with the SSAO implementation in the QLOC versions, though – it’s not perfect and likes to glitch out in distracting ways during cutscenes, and unfortunately it’s an issue prevalent across all three games. The saving grace is that the PS4 version doesn’t even have that feature, so you can safely turn it off and continue to live in sweet, blissful ignorance.

It totally crashed on me when grinding out hostesses, though. I’m pretty mad about that. Supposedly it’s been fixed but I haven’t had the heart to come back to the game and repeat my 1,5 hour long hostess grind. All you can do is pray to the QLOC gods that it won’t happen to you, too.

Yakuza 3 takes place in – you guessed it! – 2009 and stars the legendary – you guessed it again – Dragon of Dojima, Kiryu Kazuma in another quest to save the Tojo Clan. Yakuza 3, nowadays infamous for its difficulty, doesn’t really deserve that spot – it’s really no different from the other games in that regard. Being the most arcadey in the series it feels pretty good to play, but requires a shift in your thinking from the more cinematic Dragon Engine games – this game is a completely different beast from those games, allowing Kiryu to do three 360 degree turns within a second whenever he feels like it.

There’s definitely issues. Yakuza 3 is infamous for its amount of blocking and its overall pacing speeding up and slowing down to a crawl on a whim. I find the latter enjoyable actually, letting you take in Kiryu during what is the best time of his life, especially nice coming straight after Yakuza 2/Kiwami 2, which was not so nice to him. As for the former, though…

Yakuza 3 is an acquired taste. This is one of the hardest Yakuza games, especially with how much Heat Actions have been nerfed compared to really every single other game in the series, this game can be BRUTAL. But if you can perservere, maybe stock up on weapons and healing items, you still get one of the most enjoyable games in the industry, just closer to its inception, without the decades worth of polishing poured into the later games in the franchise.

Released in 2010, yadda yadda, refer to the Yakuza 3 section. The port is essentially the same quality as the Yakuza 3 port. Upscaled textures, weird looking SSAO, can we talk about the upscaled textures for a second? They’re crazy. Some of these textures are of such a high resolution that they cause massive amounts of aliasing to show up on the screen when playing it at 1080p because they’re literally just *too* detailed.

Almost all NPCs have textures better than any main character in half the Dragon Engine games, every stupid sign is crystal clear and unlike a lot of shoddy upscaling jobs (looking at you, Rockstar) there seems to have been a degree of effort put into ensuring that the upscaler doesn’t completely mess up the text appearing all over the game’s textures.

Unlike Yakuza 3, it also didn’t crash on me, which I very much appreciate.

As you might have guessed, Yakuza 4 originally released in 2010. Unfortunately, if you guessed that the main character was Kiryu, you are wrong. Yakuza 4 is the first of three Yakuza games featuring multiple protagonists, almost Sonic Adventure-style.

I’m going to cut straight to the chase here. Yakuza 4 generally tends to be disliked for its sometimes incoherent plot, weird difficulty spikes, annoying ”walk around the police” segments and the like. But I simply do not care. Yakuza 4 is one of my favourite games in the series, firmly staying at its position within the top 3.

Yakuza 4 just has a really good vibe to it. It has the best music, an absolutely crazy rollercoaster ride of a story (that I WILL defend), one of the best combat mechanics in the series. Having the most complete and interesting take on Kamurocho with various undergrounds and rooftops all actually having unique content, too. Yakuza 4 comes closest to the dream of having every interior being enterable, it’s the only game apart from Dead Souls that lets you enter more of Millenium Tower than just the entrance!

Most importantly of all… rubber bullets.

Yakuza 4 is just a ton of fun. Did I mention Yakuza 4 has some of the best karaoke in the series? As well as rubber bullets!

What happened, QLOC? The previous ports were already fairly milquetoast, but the Yakuza 5 port took it to new levels. You still get the added SSAO and it causes more problems than in both Yakuza 3 and 4. But that’s it. You’re not getting any upscaled textures this time. What you ARE getting though is… the lowest quality prerendered cutscenes in any version of Yakuza 5. Yes, they are lower quality than the PS3 originals. Meanwhile, the PS4 version had these cutscenes rerendered with some slight graphical improvements. Shame.

I haven’t mentioned this before, but these remasters are locked at 60fps on PC. It’s kind of a bummer, but considering how broken they already are at that framerate, I’m fine with that. Like …there’s a chase in 5 where your pursuer runs at double speed. These issues aren’t PC exclusive, either. I really cannot blame QLOC for not wanting to rewrite the whole game, considering they had to port 3 of them back to back to PC and Xbox simultaneously.

Yakuza 5 is still the biggest game in the series. The sheer scale of Yakuza 5 is really difficult to put into words, really. It’s just a really packed game. My first playthrough, where I eventually ignored almost all side content, took me over 40 hours. Completing all substories, and getting to the ultimate Amon fight took me 90. When I then finished the game, the Completion percentage at the end showed that… I had done 35.7% of the content available in Yakuza 5.

In Yakuza 5, there are 5 playable characters, 5 cities, 5 massive side mini-games each with multiple hours worth of content… It’s hard to get everything right in the game like this and it suffers in some aspects. This is an insanely ambitious game and honestly no surface level criticism I can throw against it goes against the fact that this is kind of like the Ultimate Yakuza Game. It’s the end of an era. If you are a Yakuza fan in any aspect then this game is just a bridge you have to cross, and it is worth it for the single most varied, diverse game I’ve ever seen, with a lot of fun to be had in discovering its craziness.

Yes, the story falls apart sometimes. It’s an extremely ambitious tale across the entirety of Japan. There’s no way you can write a story that massive without the sheer scale getting in the way sometimes.

Yes, some of the minigames are a lot less fun than others. Again, with such an insane amount of content, it is just impossible to make it all as fun as everything else (I’m looking at you, HUNTING), and do not let that scare you away from the game. If you love or even like Yakuza, you owe yourself to play this one.

There’s simply nothing else around, there’s no other behemoth like Yakuza 5. Play it.

If you enjoyed Yakuza 0, Kiwami, and Kiwami 2… play these games. Why are you even reading this? Just go play them while they’re still on Game Pass. They’re excellent.

If you’re new to the series, Yakuza is a wonderful franchise. It has basically no competition, either. There is simply nothing else like it. If you’re interested enough to read this specific article for some reason, stop it and go play the games. Start with 0, or if you’re old and/or don’t mind jank overload, go play the originals on PS2, and go in order from there.

You can also start from Yakuza: Like a Dragon, which I personally disliked due to not liking the genre it switched to, but the shift in formula to turn-based jRPGs attracted a lot of newcomers who might not be huge fans of the beat-em-up genre.

Simply put, there’s never been a better time to get into Yakuza than now. And the next best time is tomorrow. For 40 dollars, this collection is packing a lot of value into a cheap package. And all of the hours spent with Yakuza are hours spent well. 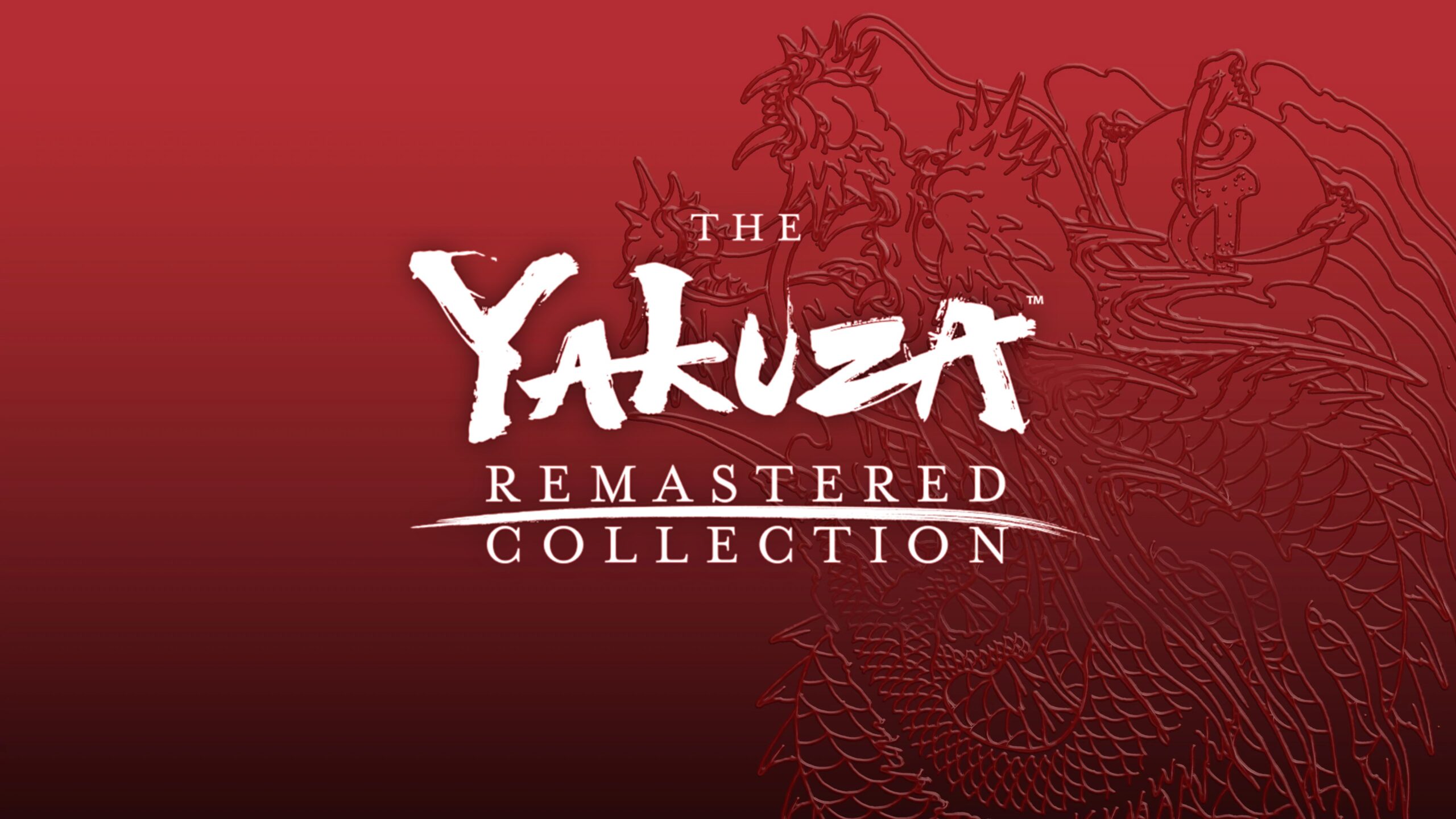 Yakuza Remastered Collection Review – Kamurocho Dreamin’
Incredible value
This collection is just crazy good value. The PC ports could have been better, but I just cannot pretend that I do not love these games to death.
THE GOOD
3 great games
it's yakuza
insane amount of value
ports are acceptable...
THE BAD
...but should've been better
these stories can fall apart
yakuza 3 aged a bit worse
4.8
Certified Classics